Figuring, a Non-fiction Net of Jewels

I don’t remember when I started reading Maria Popova’s weekly posts on her site, Brainpickings.org. It has become a familiar friend that feels like it has been with me for a long time. A thought-provoking set of connections arrives in my in-box on Sunday mornings, and sometimes changes the whole shape of the day, opening to other posts and further contemplations within them, nested like Russian dolls, or sending me off to writers on my own bookshelves. 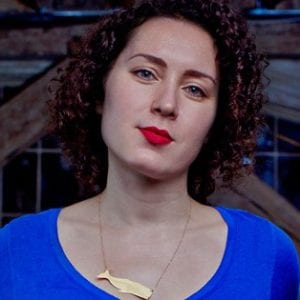 Figuring issues from the same source, what Maria Popova refers to in the bibliography as a lifetime of reading and reflection. Like her posts, which it draws from and builds upon, the book is eclectic. She feels that art and science offer distinctive perspectives on phenomena rather than opposing irreconcilable worlds and asks how they can nourish each other. Figuring cannot be fitted into any genre, nor is it structured in a manner familiar in non-fiction texts. The table of contents itself is a series of connecting phrases that, combined, create a poetic text. They afford a glimpse of the balancing that the book achieves, a glimpse of, “…what is lost and what is gained…”, “…the scale of atoms and the scale of worlds…”

The best way of doing the book justice seems to me the metaphor of Indra’s net, from the Hindu Atharva Veda. The metaphor represents the cosmos as an endless web, each node marked by a jewel which reflects all the others. The reflections intensify the idea of interconnection, with any one phenomenon a manifestation of the whole and connected to all others. The image of jewels suggests that the liens are both beautiful and priceless.

Figuring, like the author’s blog, recognises that connectedness and celebrates its beauty and preciousness through contemplations on our place in the universe. They are not theoretical propositions though, but concrete explorations by individuals whose lives have spoken most strongly to the author through their loves, hopes, fulfilments, disappointments, anger, fears – and their mortality. Like all these states, consciousness of mortality threads through the book, but the author expresses it most poignantly in the conclusion: “the atoms that huddled for a cosmic blink around the shadow of a self will return to the seas that made us.” What an unflinching recognition of our slight significance in the huge span of time and space!

Acute awareness of that span gives the book its framework. The first chapter is about the astronomer Johannes Kepler, who imagined space travel four centuries ago. The concluding chapter, devoted to Rachael Carson and her relationship with her husband Carl Sagan, borrows his image of the earth as a pale blue dot. 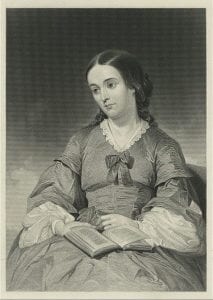 The main subjects, though, are women. Creative, intelligent, questioning women who have made the most of our slight human significance, yet whose personal challenges, courage and accomplishments have remained unjustly obscure. Maria Popova writes of them without preaching, without score settling, with a “just-so” largesse of curiosity and affirmation. The chapter on Kepler is immediately followed by an account of the first professional American female astronomer, Maria Mitchell. There are chapters on the sculptress Harriet Hosmer and the poet Emily Dickinson. The environmentalist Rachel Carson is the subject of the last hundred pages. But the woman who receives the most attention is the journalist, literary critic and intimate of the Transcendentalists, Margaret Fuller.

The book discusses the thought and values of these figures, their loves and amities, how the two intersected – and sometimes did not. Friendships and romances between women receive special attention.

The “figuring” of the title emphasizes the experiences of these women and of those whom their lives intersected: Sophia Peabody and her husband Nathaniel Hawthorn, Herman Melville, Ralph Waldo Emerson, Mary Somerville, Robert and Elizabeth Barrett Browning and others. The title also expresses the author’s particular way of bringing out links, especially unexpected links. They connect these figures with each other, and they also connect art and science, lived experience and creativity. Beyond this, the word serves as a basis for transformation, as the fifth chapter’s title suggests: “To Figure and Transfigure”. Half of this chapter is dedicated to Elizabeth Barrett Browning and her long poem Aurora Leigh, whose popularity in its day, says Maria Popova, would now be described as viral. Mrs. Browning’s life alone is a story of transformation, and so is her poem, which, we are told, was based on Margaret Fuller’s own struggle between her intellect and her heart. Fuller’s long effort to find harmony between them seems to explain the predominant place she occupies in the book.

Once transfiguring is planted as a theme in this chapter, it resurfaces in subsequent ones. At the Greene Street School in Providence, Rhode Island, Fuller herself “reconfigured” the classrooms designed for lectures into spaces for conversation as part of her effort to teach young women how to think and converse, how to “figure out” rather than being empty vessels for mansplaining.

Through motifs such as this one, actual physical encounters, and cross pollination closing gaps in space and time, Maria Popova weaves her own net. This net is the book’s fundamental, unorthodox structure. It celebrates the meandering ways of the human mind and the treasures that they disclose to one who follows them. I wish that she had trusted these threads and not felt compelled to supplement them with practically meaningless remarks on chronology:

“In the spring of 1950, exactly a hundred years after Margaret Fuller boarded the Elizabeth, Carson arrived…”

This sort of thing is simply unnecessary, and there is so much that it becomes tiring.

That was the only element of fatigue for me, though. Unlike some readers, I did not find the five hundred, forty-five pages too long. The text is beautifully written, up to the task that the author has set herself. Take for example this characterisation of Mary Somerville, which Popova believes true for any “great scientist and…great human being”:    “…the ability to hold one’s opinions with firm but unfisted fingers, remaining receptive to novel theories…”

The author maintains the mastery of her material, the language that expresses it and her spirit of affirmation up to the final lines which bring together the elements of earth, sky and water in a finale that is both blunt and poetic:

“I will die. You will die. The atoms that huddled for a cosmic blink round the shadow of a self will return to the seas that made us. What will survive of us are shoreless seeds and stardust.“

These concluding lines are a fearless and eloquent imagining of transfiguration to a different kind of jewel in the cosmic net.