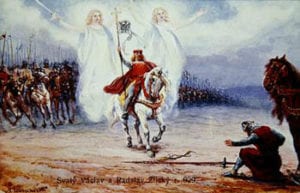 I have been thinking about patron saints, because the feast day of Saint Wenceslaus is today. He ruled Bohemia for fourteen years until he was assassinated by his brother in 935 on his way to mass. There were already stories and legends about his piety during his life, and after his murder, accounts of miracles at his tomb. He was canonized the following year, partly through the efforts of the brother who ordered and aided in his murder, and he became the patron saint of Bohemia. He is also the patron saint of brewers. Not surprising in a culture that makes fifty different kinds of beer. His cult is celebrated in the Roman Catholic, Orthodox and Anglican churches. It was the Anglican priest John Mason Neale who composed the famous carol “Good King Wenceslas” drawing upon one of the early hagiographies celebrating his life and martyrdom. More recently, a television film about him was made in 1994, starring Jonathan Brandis.

I think about him every year on this day, partly because of the dramatic stories of his goodness and martyrdom, and partly because the compelling equestrian statue which depicts him on the main boulevard in Prague has been a rallying point on both tragic and joyous occasions. People assembled there when Hitler occupied the country on the Ides of March in 1939 and during the Warsaw Pact invasion which ended the Prague Spring. They celebrated the founding of Czechoslovakia in 1918 and demonstrated there to bring down the Communist regime during the Velvet Revolution. The statue is still a magnet. Last year, it drew over a hundred thousand demonstrators who condemned the current government for fraud. A prayer carved on the base of the statue is addressed to the royal Wenceslaus from one of the oldest Czech hymns: “Do not let us or our descendants perish”. Even for citizens who are not religious, Saint Wenceslas appears to be something of a guardian spirit. 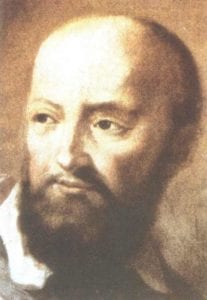 This saint who seems particularly powerful in his country’s history, like St Patrick in Ireland, got me thinking about patron saints. I always assumed that they emerged during the Middle Ages with its guilds and chivalric orders. Although they became more widespread then, I discovered that the first patron saints appeared in the early days of Christianity in Rome when martyrs became the patrons of churches named after them. There are patron saints thought to intercede for families, classes of beings (St Francis of Assisi for animals) and occupations (St Matthew for accountants, for example).

Occupations. Was there a patron saint for writers? I found that indeed there was: St Francis de Sales, a 17th century bishop of Geneva. From his pen flew pamphlets and books for converting Calvinists to Catholicism. Oh dear, I thought, I’m not sure that this saint can intercede for me in any way. My doubts became certainty as I read him and about him. He was against feasting and dancing and drinking. I don’t know what he thought of the many patron saints of brewers. He probably adored Saint Augustine for abandoning the dissolute life, but Saint Arnold of Soissons? Saint Brigid of Ireland? Not to mention Saint Wenceslaus himself? I did discover that this Bishop of Geneva thought often and graphically of hell and urged his readers to do so. No patron saint for me, it seemed. 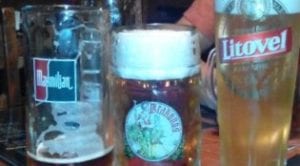 While all this was going on, a title in the Los Angeles Review of Books caught my eye: “Albert Camus, Patron Saint of the Sticks”. The author, Aaron Peck, suggests that despite his celebrity in Paris, Camus never entirely left Northern Africa, which he referred to as “le bled”. It’s a word derived from Arabic which means the remote countryside. Peck translates its original meaning as “the sticks” but notes that it has also come to mean “homeland”. Peck is also from the sticks, a vastly different kind in the Okanagan Valley of British Colombia. He describes how Camus became a kind of beacon for him, a way out of the sticks, literally and, I think, figuratively. (Peck emigrated to the same city as his beacon; he now lives in Paris.) 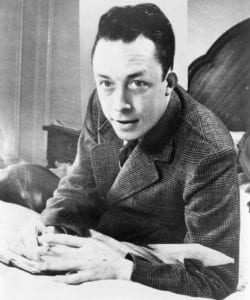 Albert Camus remains one of my greatest inspirations as a human being and a writer. For me he is not a patron saint, let alone a saint. But I have learned from him as a reader and writer, as I have learned from so many, beginning with William Shakespeare and his contemporaries all the way to two beloved writers who passed away last year, Toni Morrison and Mary Oliver. I continue to learn from them and am grateful to them. So, in a way, they do intercede between me and that magical, mysterious homeland that we call creativity.