April 23rd is Shakespeare’s birthday and International Book Day. What a happy coincidence… Maybe not a coincidence. (This year, it’s also a day of widespread political protest throughout France, but we can leave that for others.) If I had to choose one book to take to a desert island, as the saying goes, a collection of Shakespeare’s plays would be one of the main candidates.

I always look forward to this day ; it’s a day of gratitude that Shakespeare lived and wrote. I love his characters, the incredible variety of his plays and his language for its beauty, profondity and originality. And the ways that it imitates something in a character or even suggests a movement or a gesture is endlessly fascinating. For example, I’ve heard several actors say that lines in the very first speech that Shakespeare gave to Richard of Gloucester, who becomes Richard III, suggest his deformities, and I actually saw an actor make use of this in a staging years ago.

The first lines of the speech flow like water, and are probably as famous for their musicality as they are for the first hint that Richard will prove a villain : Now is the winter of our discontent / Made glorious summer by this sun of York.

His speech flows like this as he describes how war has given way to peace for thirteen lines. But then, as he begins to describe himself, the language becomes bumpier. Commas in the middle of the lines suggest pauses. Instead of l’s and th’s which slide off the tongue, the language has more t’s, especially at the ends of words where they can be spit out. When the actor I mentioned came to line 20, ‘Deformed, unfinished, sent before my time,’ he took a limping step on ‘deformed’ ; and on ‘unfinished’, which has one more syllable, he took a more faltering step which heaved his hunchback forward.

Although Richard is a virtuoso role, My favorite character is Hamlet, and his play is my favourite play. But a staging which I love to remember is the 2002 production of Twelfth Night at the Globe Theatre, a replica of the original playhouse on the south bank of the Thames which opened in 1997. Mark Rylance was artistic director at the time, as well as an actor already known for his fine interpretations of Shakespearean characters. Since the theatre’s productions often reproduced the conditions of the original Globe, where all roles were played by men and boys, Rylance created an unforgettable Olivia. (See him as Richard below, too,complete with withered hand.) 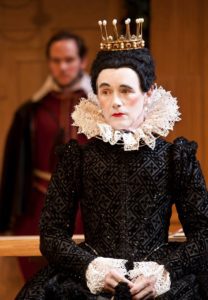 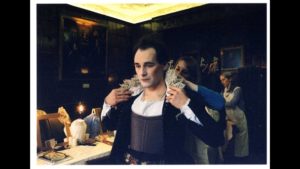 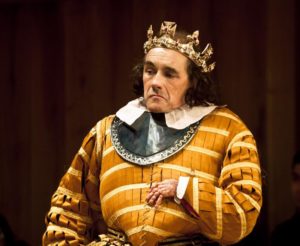 I’ve celebrated April 23rd this year in part by listening to him talk about Shakespeare, and have learned some lovely things about previous celebrations in the process. In 1992, for instance, ground had been broken for the replica of the Globe Theatre, but it was far from finished. So on this occasion, groups of people walked from the Poets’ Corner in Westminster Abbey to the site of the Globe, carrying red and white roses, the red, the emblem of the House of Lancaster, the white, of the House of York. (The Tudor rose, England’s flower emblem consists of a five-petalled white rose within a red one, representing the end of the fifteenth century civil wars – which Shakespeare dramatised so unforgettably – through the marriage of Henry VII, of the Lancaster line, with Elizabeth of York.) 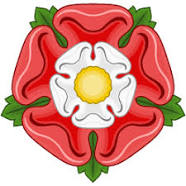 Starting off from Shakespeare’s memorial in the Poets’ Corner was symbolic too. His statue there is full length, and he’s gesturing at a scroll which contains several of Prospero’s lines from The Tempest, commonly thought to be the last play he authored entirely and his farewell to the theatre. The index finger of the statue points to ‘Globe’ in the phrase, ‘the Great Globe itself’ – referring in the play, to the world. The walk to the site of the Globe takes about an hour and a half, and at twelve locations along the way, an actor in street dress would walk up to a group approaching with their roses and recite one of Shakespeare’s sonnets. The theatre company ended up doing this walk even after the Globe opened, for a total of twenty-five years. 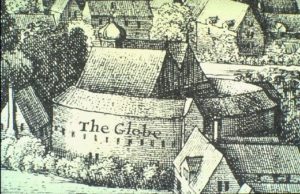 Then, in 2017, when Mark Rylance spoke about this, actors actually did performances in the Poet’s Corner and the rest of the Abbey, with what must have been powerful effects. Rylance, for example, recited Richard II’s speech from his prison scene at the tomb of the actual King Richard II. I would love to have attended. The Poets’ Corner has special meaning for me – because I love English literature so much, but especially because I love Shakespeare’s work so much. That’s where I first entered Westminster Abbey, without planning to ; it was a late summer afternoon, and the light on the Shakespeare memorial was mellow and seemed like a memorial itself.

I can only end this remembrance by thanking Mark Rylance and so many actors and directors who have created unforgettable stagings of Shakespeare’s unforgettable plays.