The Ballroom: An Original Love Story and an Indictment of Institutional Cruelty 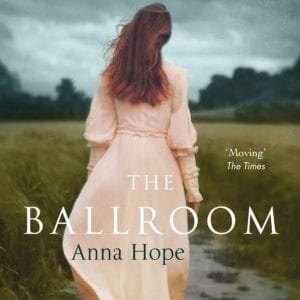 This review contains two potential spoilers. One is the main love interest, which the author hints at early in the story. The second is a partial analysis of Dr Fuller, one of the three main characters – without, however, disclosing the story’s outcome. So, no spoilers on plot twists.

Prologue, Ireland 1934 – a woman reluctantly approaches a man who is up on a ladder, working on a roof. Neither of them is named. She glances down at her clothes, too fine for a rustic country visit, and thinks she could still turn back. But when she looks up, the man has descended the ladder and has seen her. She approaches him… The narration is suspended.

We are taken back to 1911, to the story proper, when a young – at least she seems young – woman, Ella Fay is admitted to some kind of institution. The admission is not a gentle procedure. You read for five pages before you find out, with her, that it is an asylum. The narrator doesn’t tell you either, another character does, so you go with Ella through the shock of locks everywhere, row after row of beds, women crying, muttering to themselves, even if you already know from this review that she is in an asylum. The details and the writing are that convincing.

Ella is a determined, impulsive young woman with a sense of yet unrealised possibilities. Small wonder. You could say that she has been imprisoned most of her life, first in the black house where her father beat her and her mother, and then took another wife after the first one died. In the mill since the age of eight where the work is dangerous, and the windows are covered so no one sees the blue sky. It for breaking a window so she can see that sky that Ella is admitted to Sharston Asylum.

Charles Fuller is the third narrator, a staff doctor and head of music at the asylum. Like Ella and John, he has suffered an unhappy childhood. Not because of poverty. But because he has been unloved and has failed to measure up to the expectations of a severe, authoritarian father who is a successful surgeon. For Charles, the asylum had become a place of liberation, not an enclosure. He sees in his work there the opportunity to ‶take his place in the pantheon of superior men″ where he believes he belongs. The work includes developing and using his musical talent as well as his responsibility to the patients.

Two important secondary characters are foils for John and Ella: Dan Riley works at digging graves with him, and Clemency Church, Clem, befriends her. Dan is an outgoing sailor who likes women, and his outspokenness sets off John’s secretiveness. Clem is a private patient, committed by her family, and so is allowed to wear her own clothes and to have her own books. She seems to love literature and sometimes quotes from literary works, quotes that she explains to Ella who is illiterate. We gradually learn that Clem was only seven years old when her mother died and is deeply unhappy.

John and Ella seem almost fated to meet and to love each other. She crosses his path very early on when her attempt to escape from the asylum takes her towards the graves he and Dan Riley are digging. When both are first sent to the ballroom, the site of weekly dances for the inmates, it is more or less against their will. But there is already a mutual attraction, and you feel that they could not help but dance together. 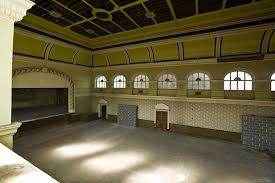 Both have an emotional sensitivity that they instinctively trust. Each catches on quickly to the inhumanity of the staff, Ella, to the contempt of the Irish nurse, John to Dr Fuller’s slightly more profession disdain. Both lost the parent to whom they were closest at a young age. They are both in search of freedom, inner as well as outer.

Their love is especially moving because they have so little control over meeting and expressing it. Their feelings unfold slowly and are expressed in part indirectly through the letters he begins sending her outside of the Friday night dances. The life of each has been circumscribed, and the sense that each could live fully in the presence of the other is one of the things that draws them together.

Besides their common thirst for freedom, John and Ella are at home in the natural world. He encloses a flower, a leaf, a swallow’s feather in his letters to her. Swallows are associated with the spring and so with hope and the blossoming of new life. (Rooks, members of the crow family, are associated with Charles Fuller.) But in John’s story swallows represent much more: a promise made to his father that he would manage the family farm until the father, who left to find better-paying work, came back from more lucrative work, like the swallows. Under the call of wanderlust, John ultimately broke that promise after his father’s death. When he finds the feather, it reminds him of Ella, small and wild and he tells her so. The association with guilt, which the swallow had for him, begins to be healed and so suggests the possibility of transformation.

This is a beautiful and original love story. But it is also offers subtle portraits of all the main and secondary characters. This is especially true of Dr Fuller, who tips over a certain edge which, in the setting of the asylum, is deeply ironic. John and Ella do not belong at Sharston. Charles does, and not in the capacity of a doctor.

A number of reviews see him as initially wanting to benefit the patients and then undergoing a drastic change. I don’t think that the change is drastic; the seeds of what he becomes are there from the beginning. The author never expresses the change directly, which would be a mistake in any case. But she lays out plenty of clues which are so authentically imagined and deftly expressed that her portrait of Charles Fuller, his demise and its origins are totally convincing.

We get the first taste of his personal history in his second appearance as narrator. His actions seem aimed at benefiting himself, even if they do some good for others in the process. They are consistent with the opportunity the asylum offers to “take his place in the pantheon of superior men”. And that desire is consistent with his interest in eugenics which leads him to prepare a paper for a Eugenics Society conference on the subject. 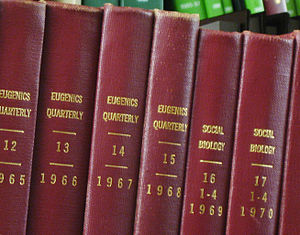 His demise turns on the way his initial desire to help John Mulligan sours. Why does it sour?

After Mulligan’s first evening in the ballroom, Charles Fuller feels thwarted. By the way Mulligan moved. He danced like a superior man. That word again, and it is italicized. Dancing is not a movement of shovelling dirt over a grave. It is movement with a woman. And that raises a question of masculinity. That question is exactly what we find developing in the next moments. Fuller feels a little slack, pulls at his incipient double chin, compares his own pudginess to the fine musculature he saw on John when he examined him. Promptly orders a set of dumbbells.

However, dumbbells do not make a man. And for all Charles Fuller’s thoughts of his place in the superior order, certain developments profoundly disturb what he imagines it to be. The young man at Spence’s music shop, for example. Charles’s feelings about his mother. His reaction to the vagrant who fetches him a lemonade when he suffers a malaise at the Eugenics conference where he had hoped to join the pantheon of superior men.

Charles has projected much onto others already. But after that conference, with one sharp pivot, the projection becomes total. The inmate stinking of urine, whimpering for him to continue to play music: these people are unable to hold themselves back, he thinks. He wants to act out his disgust, but he, Fuller, can be temperate, is a rational man.

The new, ‘purged’ configuration that the doctor constructs for himself criss-crosses developments in Ella, John and Clem which give surprising plots twists, heighten suspense and speed the plot to what seems a necessary ending.

An epilogue returns to the opening scene of the man and the hesitant woman. It gives the story an ending which I did not foresee, in which there is both sorrow and contentment, and which, like the denouement at the asylum, seems utterly right. 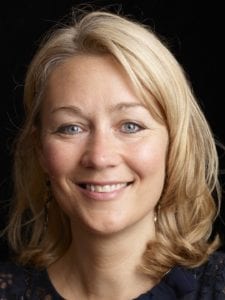 Anna Hope is an actress as well as a writer, and the two seem to come together to create totally believable characters – principal and secondary – which are very distinct. She modelled Sharston Asylum on Menston Asylum, which really did have a ballroom. Her language is very evocative of the natural world and the inner lives of her characters. Occasionally it becomes a bit overly descriptive for my tastes. I also found it patently unbelievable that the bloody cut on Ella’s cheek could have faded to a silver scar, barely noticeable by the time John dances with her. A cut untreated for days could not fade in a few months, and the nurse who sewed up the cheek with a common needle was hardly a plastic surgeon. But these are minor points in a beautifully imagined love story where the indictment of institutionalisation and eugenics is intricately woven into the characterisation and avoids polemic.

The novel was inspired by the life of the author’s great, great grandfather to whom it is dedicated. It has certain drawn upon her admirable talents as a storyteller.