Warlight, A Compassionate Story of Human Limitations, Lit from Within

This moving novel is set in the aftermath of World War II in London and Suffolk, near the east coast of England. It explores the ephemeral nature of existence: in the outer world, not only the evident destruction brought about by war, but also the slow, subtler flux of the natural world ; in the inner, the difficulties of knowing oneself and others through reflection and the constantly shifting impressions of memory. The compelling opening sentence anticipates both worlds:

‘In 1945 our parents went away and left us in the care of two men who may have been criminals.’   ‘…may have been’. The phrase is a watchword for the entire story. 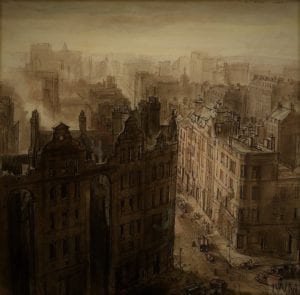 The first chapter, “A Table Full of Strangers” introduces these two may-have-been criminals, the Moth and the Darter. It also shows the mother, even though more present than the already departed father, as a stranger too – despite the affection she shows for her son Nathaniel, the narrator, and her daughter Rachel. She herself is not yet even named, other than by her maternal role, as if Nathaniel were trying to create through words that human essential missing in his young life. And so the chapter reflects back on the opening sentence which says that the parents left their children, but doesn’t say for where, revealing that this is a family of abandonment and secrets, like the abandoned, burned out buildings in their quarter of London. All this immediately suggests that the story will be like that too.

Small wonder that Nathaniel is sensitive to the fragility of things, their temporary nature, the buildings lost during the war, especially those in his neighbourhood as well as the pond painted by Constable, dried up and buried.

However, the probable criminals, The Moth, the family’s lodger, and The Darter, a former boxer who traffics in greyhounds, initiate the children into magical worlds, of river runs and dog races for Nathaniel and his girl Agnes, of theatre for Rachel. When the Darter assumes the role of Nathaniel’s father, so that Agnes can meet his parent and Nathaniel, hers, the two of them take to each other, and the new constellation almost feels like a family.

Until the mother’s secret world literally smashes into the children and their guardian The Moth. Then, as Nathaniel says, they are sent into another life.

In the aftermath of the attack, Rachel comes to hate their mother and totally estranges herself, while Nathaniel becomes obsessed with her, labouring to understand her and through her, himself. As he peels away his mother’s secrets years later through his work for the Foreign Office and his emotional sleuthing, he slips almost imperceptibly into scenes and even characters, including aspects of her inner life, to which he would logically have no access. The first person point of view becomes omniscient and omnipresent. Ondaatje prepares for this through the snippets Nathaniel is told early on by his mother, by the stories of people he meets working odd jobs at the Criterion Hotel and by those he begins to tell himself and us in the initial stages. From the beginning, readers become used to stories, interesting and unusual ones, within the main story itself.

Yet the main reason that Ondaatje succeeds in shifting the point of view is the narrator’s harrowing tale of suspense. A reader can’t help joining in his efforts to fit together the bits that might make sense of even more strangers who were in some ways intimate parts of his mother’s dangerous existence. The author seems to recognize the risks in making this shift and minimizes them in various ways in the actual narration. Some less dramatic scenes are told in the immediacy of the present tense. At times Nathaniel begins narrating a scene and then admits its subjectivity: “This is, I now tell myself, how it happened.” Ondaatje manages these adjustments with such skill that I never questioned my suspension of disbelief. 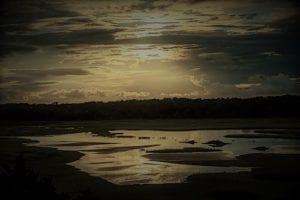 The subjectivity is not simply a technical ploy, though; it is germane to the novel’s theme. After a crucial imagined scene between his mother Rose and her lover, Nathaniel says, “there is confusion and even uncertainty about what may have happened…” He thinks Rose as watchful for an amorous invasion of herself as for a possible German invasion of home soil – invasion from the coast, that blurred area where earth and sea meet. The story is full of coastlines, geographical and metaphorical. The shore of Rachel’s seizures. The very name of Rose’s lover evokes that blur, and it is no accident that his first schooling of her as a young teen is in wildfowling along the coast. Is Nathaniel’s imagined foray into his mother’s emotions highly probable, given the convention that he knows her better than we do? Is it more, or equally, descriptive of him? We do not know. Paradoxically, Ondaatje’s shifts in point of view increased my attention to Nathaniel and deepened my sympathy for him. I can’t think of another novel that manages such an apparently risky narrative approach so successfully.

The main story line shifts as well, in both time and place. Within it, correspondences of detail and image suggest as much as the actual plot about the limits of understanding oneself and others. In a lovely memory of the care and spontaneity and sexual freedom that drew him to the young woman whom meant the most to him, Nathaniel recalls “Agnes, naked to the waist, with a hound hanging off her hip…” and files it as “Agnes with dog”.

Paintings are titled like this: da Vinci’s “Lady with Ermine”, Todeschini’s “Woman with a Dog”. The painter is the one identified, not the sitter, who provided the occasion for the artist’s expression. So, it is touching that here the woman is given her name. And yet, the picture is labelled and filed away with so many other ‘splinters of memory’. That moment resonates with another: Rose, Marsh and his hunting dog, muzzle on her shoulder. Separate with lover, woman with dog. It resonates, too, with Nathaniel in the story’s last moments, having left his mother’s house, tuning his schedule to that of his greyhound in the walled garden, where nothing can invade the solitude which he associates with both warmth and darkness. Man with dog.

This kind of correspondence occurs between two essential questions as well. 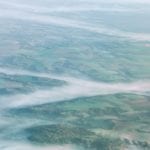 ‘Viola? Are you Viola?’ A rhetorical question, posed by someone unknown, come through the Suffolk hills, a harbinger of death.

‘Pearl? Are you Pearl?’ Posed by Nathaniel to a child unknown on a London street, marking his greatest loss.

“Your own story is just one, and perhaps not the important one,” Olive Lawrence said to him and Rachel, schooling them in crickets. There turn out to be certain fragilities that Nathaniel was not so sensitive to, as he discovers very late. “How much damage did I do?” he asks, existing in what he himself calls the maze of his mother’s life.

Warlight is a gentler “Beast in the Jungle”, imagined and written with a different kind of finesse. It is also a story of many more layers, made possible by the longer form of the novel. All the major characters, for one reason or another, separate themselves, or are separated, from their families. In the case of some, Felon, Rachel perhaps, perhaps even Rose Williams, the separation seems to bring at least some fulfilment, even at a price. How does one live, separated from family? Is there a natural anarchy in humans, to which some more or less instinctively surrender? How does a person live, recognizing that understanding of oneself, others, events, remains dim, like the space beyond the circle of candlelight? Like the warlight that gives the book its title. Is it possible to accept human existence within the slow temporal process of the natural world, which integrally weaves through the action? Nathaniel, thinking himself a changeling caterpillar, precariously moving from one species of leaf to another. The sea pea, happily resurrected thanks to the war. The mystery of chalk hills, “the efforts of infinitesimal creatures working in almost limitless time”? 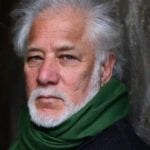 This is a novel which repays many re-readings.