We Speak the Same Language

A couple of weeks ago, the Los Angeles Times wrote about the upsurge of people learning Ukrainian. The staff writer had posted a request for interviewees on the Ukrainian Language Group I belong to, and his article got me to thinking about language in ways I hadn’t before.

That started right off with his initial sentences – about a teacher of Polish at Harvard being inundated with dozens of new students in 1980 when Solidarity defied the Polish and Soviet Communist regimes. Another language teacher mentioned an increase in Portuguese learners during the 2016 Olympics in Brazil and a rise in people learning Korean after the Netflix show “Squid Game” became an international sensation.

The Polish teacher is now a professor of Slavic languages at UCLA and sees a rising interest in Ukrainian. The article suggests that this heightened interest is another ‘linguistic flashpoint’ that’s been sparked by the Russian invasion of Ukraine and the inspiring courage and tenacity of the Ukrainian people.

I’ve always been interested in languages, and I understood how important language is to national identity from the time I was in high school – intellectually, at least. When I began travelling abroad as a young adult though, I actually experienced its importance, especially in France where most of the French were still refusing to speak English in the 1970s.

My understanding of language and national identity deepened when I began studying Central European history and lived in Prague. Many peoples in the region were the subjects of empires for hundreds of years, and part of their subjugation was almost always suppression of their native languages and frequently, the literature those languages created. Written Czech was almost non-existent after three centuries under the Hapsburgs, eg., and had to be reconstructed in the nineteenth century. Little wonder that language for many peoples in this region was a vital badge of national identity – usually a defiant one.

The Los Angeles Times article suggests that this is now happening to some extent in Ukraine, where both Russian and Ukrainian are widely spoken – although they’re distinct languages. It seems that young parents, especially, are switching to Ukrainian so that it will be their children’s native language.

Among non-Ukrainians the desire to learn the language has shot up by 577% on the popular app Duolingo, making Ukrainian now 13th most-popular on the app – up from 33rd. A podcast series, which I’m following, and will describe in a minute, has three to four times the number of downloads it did before the February invasion.

Volodymyr Dibrova, a Ukrainian writer who teaches Ukrainian at Harvard University, is quoted as saying that the language is entering an “Elizabethan period” of rejuvenation. I’ve heard the Yale historian Timothy Snyder, who has written extensively on Ukraine and speaks the language, say that there has been a resurgence of Ukrainian literature, as well as art and music, since the Maidan – the revolution of February 2014 which culminated three months of protests by overthrowing the government of Viktor Yanukovych and takes it name from the square in Kyiv where the protests were centred. (Since this is about language, I’d can’t resist saying that ‘maidan’ – also spelled ‘maydan’ and ‘majdan’ – is a loan word, probably ultimately from Persion, through Turkish.)

It was the Maidan that inspired my Ukrainian teacher, who was also featured in the article. Her name is Anna Ohoiko and she decided to teach Ukrainian on-line as a way of distinguishing the language from Russian and bolstering the perception of Ukraine as an independent country. She has two podcast series, Ukrainian Lessons Podcast and Five Minute Ukrainian, and I’m finding both really congenial. Knowing other Slavic languages helps, of course. 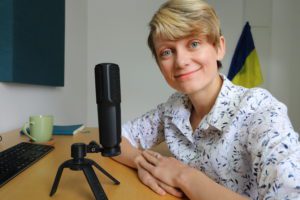 To me, learning Ukrainian isn’t a question of my national identity, but maybe it’s part of a personal sense of who I am. Were the motivations of those students wanting to learn Polish in the 1980s more than heightened interest ? I don’t know. But for me, reading and speaking Ukrainian is a gesture of solidarity, as in the metaphorical expression : ‘We speak the same language’. And it’s defiance in the face of the Putin’s brutal attempt at genocide. Maybe one day, I could even put to use my experience as a translator to help spread the culture – who knows. That too, I’d see as a gesture of preservation, solidarity and defiance of the aggressor’s attempt to destroy. When I was growing up in the United States, with English as my mother tongue, I never imagined that I’d feel this way about learning a language. 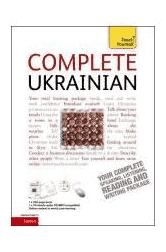